Created in August 2002 by the merger of six companies from the Odebrecht Group and the Mariani Group, today Braskem is the largest petrochemical company in the Americas and the world's leading biopolymer producer. Braskem produces polyethylene (PE), polypropylene (PP) and polyvinyl chloride (PVC) resins, as well as basic petrochemicals such as ethylene, propylene, butadiene, chlorine, benzene, toluene, etc.

Braskem operates in the chemical and petrochemical industry and plays a significant role in other production chains that are essential to economic development. In this context, chemicals and plastics help create sustainable solutions that improve people's lives in areas such as housing, food and transportation.

Learn more about Braskem’s initiatives to promote chemicals and plastics .

Braskem is the only integrated first- and second-generation petrochemical producer of thermoplastic resins in Brazil. This position translates into competitive advantages, such as production scale and operating efficiency. In the U.S. and Europe, Braskem produces second generation material.

First-generation producers make basic petrochemicals, such as ethylene and propylene, using naphtha, natural gas and ethane as feedstock. These compounds are essential to the second generation, which involves the production of thermoplastic resins (PE, PP and PVC), which are then used by third-generation producers, i.e., plastics converters.

Learn more about the process

Braskem has production units in Brazil, the United States, Mexico and Germany, as well as 16 regional offices in other countries to forge partnerships and develop integrated solutions for Clients.

U.S. AND MEXICO
Dow Jones Sustainability Index for Emerging Markets (DJSI)
Fast Company magazine – One of the world’s 50 most innovative companies
Dream Employer for Young Professionals in Mexico – Cia de Talentos
Top Work Places Award in Philadelphia in 2014, 2015 and 2016 and in Pittsburgh in 2012, 2014 and 2015. 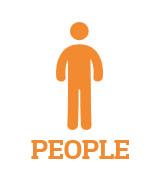 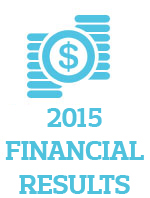